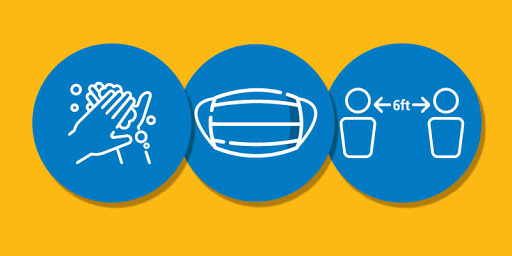 In an interview with UNISVerse earlier this year, Dr. Brenner said, “Last week we tested almost 1,800 people – we got no positive tests. That suggests we’re not spreading disease among ourselves.” He continued, “I think the logical assumption would be that if we’re not testing positive in school, that there’s something that’s going on that is contributing to that.”

“This [low positivity rate] clearly shows that we have had no community spread since we began our testing protocols, a conclusion that is supported by our experts at Mount Sinai Hospital,” emailed Dan Brenner in his UNIS update of January 15th.

After testing the Middle School and Tutorial House community several times, and receiving generally only negative results, the question arises: are the protocols implemented at UNIS contributing to the negative results?

Where did the protocols come from?
According to Marisa Rivera, Director of School Health and Nursing, “We put together a committee that included leadership and administrators, as well as key health personnel, including myself.”

This committee “consulted with our partner physicians at Mt. Sinai, as well as reviewed the guidance from CDC and the NYS and NYC Departments of Health,” wrote Ms. Rivera in an email to UNISVerse. The results of the committee’s work are the protocols that are now in place at our school.

The quarantine protocol
The quarantine protocol is one of the school’s frequently mentioned protocols and has changed over time. Here’s how it worked earlier in the year: In the event of at least one confirmed case in the MS or TH, “Both divisions [would] close for 2 to 5 days pending contact tracing,” stated the UNIS website. “Once completed, all of those impacted will be notified and directed to quarantine,” emailed Dr. Brenner in one of the school-wide updates.

This protocol was implemented, for example, the week of October 25, when “on Saturday morning UNIS was informed that a member of the Tut House community who is part of Group 2 had tested positive on a privately administered COVID-19 test,” wrote Dr. Brenner. Individuals that came in contact with him/her were quarantined for 14 days. The rest of the division was then pool-tested on November 2, receiving only negative results.

Throughout the school year, this protocol has been revised by the DOH, and Governor Cuomo, with regard to the number of positive cases in the city, and in schools alone.

As of January 15, “the Department of Health has mandated quarantining all individuals who have been in classes with someone who has tested positive.” wrote Dr. Brenner. This means that classmates who would have been targeted for further testing will now go straight into quarantine instead.

Saliva pool testing
The saliva pool testing is a protocol that UNIS used several times this school year to test large groups of students and teachers for their COVID status. It goes hand in hand with the quarantine protocol, as the school’s website states “testing [is] considered based on results of contact tracing.” Dr. Brenner finds this protocol useful, “because we’re making decisions based on data, not based on guessing.”

Using “this very positive data,” Dr. Brenner decided to change the initial version of this protocol in January by not “immediately test[ing] entire divisions or the entire school based on a single detected positive case.”

Social distancing
There is growing evidence that Covid-19 spreads through the air farther than 6 feet (2 meters). For example, the US National Library of Medicine National Institutes of Health wrote that “…the available information about the SARS-COV-2 spreading worldwide supports the hypothesis of a model of airborne droplets from person to person at a distance greater than two meters.” It is therefore questionable if the mandatory 2-meter social distancing at UNIS is enough to prevent the spread of COVID — however, according to the United States Centers for Disease Control, “social distancing helps limit opportunities to come in contact with contaminated surfaces and infected people.”

Dr. Brenner commented on this idea by saying: “I’m not a scientist, so I’m not the right person to be able to make that decision. What I can tell you is what I’ve been told, which is that two meters is appropriate except when there are activities that involve higher levels of breathing, such as musical performances, indoor athletics…we are simply following the rules as they’re delivered to us.”

“Increased” ventilation
Much evidence exists to prove that good ventilation is needed to prevent the spread of Covid-19. For example, CNN quoting the CDC, wrote, “In general, indoor environments without good ventilation increase this risk.” Yet, you may have noticed that around the school windows are often closed. One might argue that wearing masks would prevent the spread in these spaces inside of our school, but it is also important to note that there are spaces with similar ventilation, but masks are not worn there, such as the cafeteria.

Dr. Brenner said in an interview, “We’ve changed the filtration system in the building, and so we have the highest level filtration that we can get given our particular air handling system. Where possible, we ask people to have windows open.” He also argued that “social distancing seems to be an effective measure of not transmitting.”