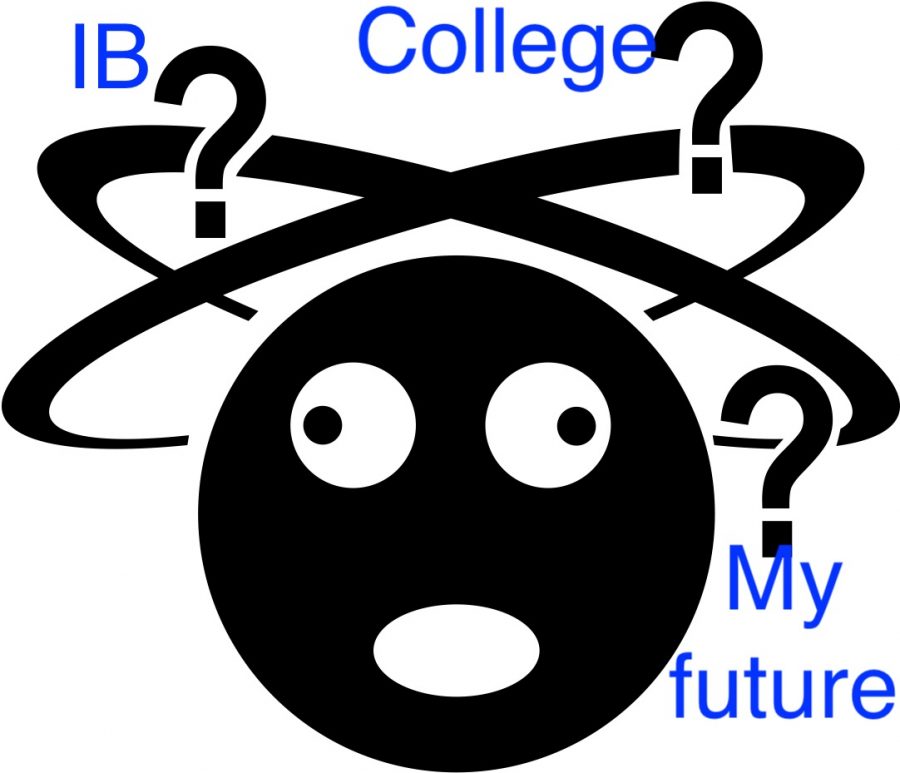 When the COVID-19 virus struck, the International Baccalaureate Organization (IBO) cancelled the May 2020 final exams, on which, according to the IB subject briefs, 60-80% of the students’ final grades hinged. They were replaced with revised grading practices. A spokesperson for the IBO ensured that it had graded students in the “fairest and most robust way possible.”
However, students, parents and teachers all around the world didn’t see it that way.
When the grades were released, many felt the results undervalued their performance, more significantly with science and math students, with students in the 37-42 point bracket being hit hardest. Some lost up to 12 points in relation to predictions, while others unexpectedly failed the program. According to Luz Garcelon, UNIS’s IB coordinator, around 25% of UNIS’s students were affected, and the passing rate fell from 96-97% to 87%. One senior UNIS senior lost 11 points, and failed the program (he chose to remain anonymous).
Although the IBO recently announced grading changes that will ensure fair grades for many students, it only did so after a tense and stressful two months for students, where the IBO failed to acknowledge the issue, and where many students saw their college futures imperiled.
Initially, the IBO denied that there were grading issues, and didn’t provide clear information about the grading process. It did promise the option of regrading, but for a fee or $123. Most importantly, as recent graduate Nelson Kalberer said, “they didn’t really talk to us.” The anonymous student said, “The IBO calling themselves a non-profit organization is laughable.” Nelson characterized the response as “pathetic.”
These feelings reflect those of much of the IB community, evident in #ibscandal on Twitter, where students expressed their shock and disappointment, and in a few online petitions calling for regrading, with the most well-backed gathering more than 25,000 signatures.
In regards to the grading, the IBO said in an official statement that it used “historical assessment data…significant data analysis from previous examination sessions, individual schools and subject data,” but many in the IB community feel the statement lacked tangible information. In Norway, the IBO is facing lawsuits for holding back information. Even the little information given has been questioned. Allegedly, coursework was used to determine the grades, but that connection has not been evident. The anonymous student said that in HL Chemistry he received a 6 on his IA (Internal Assessment), but a 3 as his final grade, and said that he’d seen even more drastic downgrades.
Nelson said that he received a 6 in English after a year of 7s, a 4 in Italian after mostly 5s, and a 4 in Math after 5s and 6s. Such discrepancies have students wondering what went into the process.
The IBO allegedly employed a statistical model to award grades, which raised some concerns. The inadequacies of using models are explained in this article, but one aphorism sums them up: “All models are wrong, and some models are useful.”
This begs the question: Given that the model’s aim is to provide accurate grades, should the IB pay the price of these inevitable errors for its convenience?
Surprisingly, the IBO reported that his year the average grade increased by 0.28 in relation to last year. One possible explanation is that if the model was error prone and not negatively biased, it would have given some students lower grades and others higher ones (which weren’t protested), cancelling out the changes. Regardless, the fact that we were left guessing underscores how the IBO left its students helplessly grasping for some understanding of what happened.
Although it is common for students to receive lower grades than predicted, deviations of more than two to three points are rare, let alone of this year’s scale, according to Ms. Garcelon. Paul Greene, Co-Director of College Counseling, said that for students who apply to schools in Europe, the UK, Canada, and Asia, like many at UNIS, these deviations are especially problematic. These schools often base their admissions offers almost only on students’ predicted grades; if the real grades match the predictions, the students are accepted, if not, they might be rejected from their chosen course, or from the university (these are called “conditional offers”). Although there might be some nuances, for many it’s that simple. In addition, if the grades are drastically lower than predictions, American schools may revoke offers as well.
Another painful result of these errors is that many feel that the results trivialized the effort they put into the IB. As Nelson said, “It really does hurt when you put two years into doing the best you can…and then the IB just completely screws you up.”
The IB eventually released a letter recounting new grading changes, in which students will not receive grades lower than their IA grades. According to Ms. Garcelon, this will positively impact many UNIS students and Mr. Greene said that these changes have ensured the college futures that most students were hoping for. Although this is a positive turn of events, the saga is far from over, especially with second waves of the pandemic still possible, and many students still unhappy.